Why YOU should recycle

?During 2011, the Alabama Department of Environmental Management (ADEM) determined that Alabama spent $25 million to throw away over $193 million worth of recyclable materials.

A 2016 Southeast Recycling Development Council (SERDC) study determined that Alabama is home to 42 manufacturers who rely on recycled content feedstock. These companies generate more than $7.8 billion in yearly sales and employ more than 17,350 Alabama citizens directly working in the manufacture of recycled content products.

With more than 300 employees, KW Plastics in Troy, Alabama is the world's largest recycler of HDPE and PP plastic resins. Currently, KW receives enough plastic from Alabama to run the plant for only two days out of every year. Source: KW Plastics.

The Barton, Alabama SCA Tissue Plant recycles roughly 250,000 tons of paper per year. This is equivalent to almost 3% of the state's waste generation. Source: SCA Tissue/State of Alabama.

Landfills generate revenue by imposing "tipping fees" when waste is placed in a facility. These fees average about $25/ton in Alabama. The national average is $45/ton, whereas some states, such as Vermont, charge upwards to $72/ton. Source: State of Garbage in America.

The United States of America is the #1 trash-producing country in the world at 1,609 pounds per person per year. This means that 5% of the world's people generate 40% of the world's waste.

The average American uses seven trees a year in paper, wood, and other products made from trees. This amounts to about 2 billion trees per year.

Every month, we throw out enough glass bottles and jars to fill up a giant skyscraper.

Manufacturers produce more than 15 million tons of expanded polystyrene (aka, StyrofoamTM) each year, but we recycle less than 1% of it.

According to theEPA, yard trimmings and food residuals together constitute 24% of the U.S. municipal solid waste stream.

The highest point in Hamilton County, Ohio (near Cincinnati) is "Mount Rumpke." It is actually a mountain of trash at the Rumpke sanitary landfill towering 1045 ft. above sea level.

Recycling plastic saves twice as much energy as burning it in an incinerator.

Over a ton of natural resources are conserved for every ton of glass recycled, including 1,300 pounds of sand, 410 pounds of soda ash, 380 pounds of limestone, and 160 pounds of feldspar. Source: Keep America Beautiful

The energy saved from recycling one glass bottle can run a 100-watt light bulb for four hours. It also causes 20% less air pollution and 50% less water pollution than when a new bottle is made from raw materials. 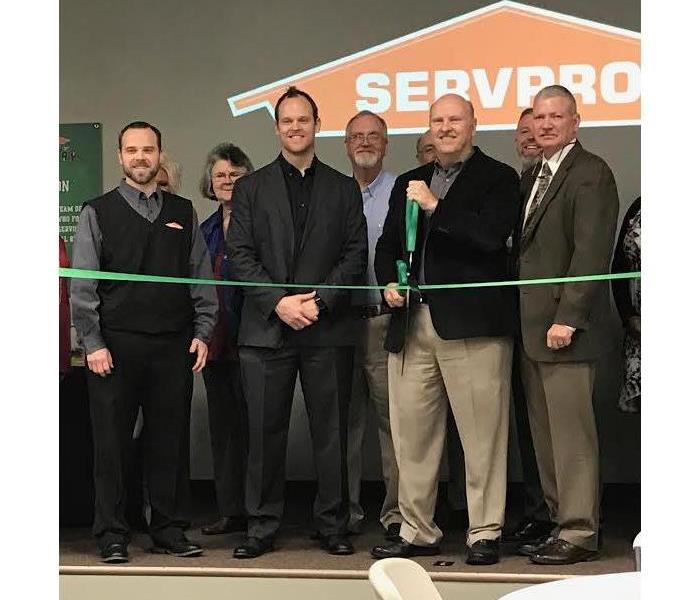 SERVPRO of Birmingham hosted an open house on February 7th. This was an opportunity to show our new building that we just finished in the Fall of 2016. Once we got all our employees settled in, it was time to invite our clients over.

Throughout the day we had close to 75 people come take a tour of the facility, enjoy refreshments and giveaways, and just enjoy the atmosphere. We were actually surprised at the turn out since we had a torrential downpour that lasted most of the day.

We also had a ribbon cutting (inside) with The Greater Shelby County Chamber of Commerce. The City of Pelham Mayor, Gary Waters, also stopped by and had some very kind words to say about SERVPRO of Birmingham. We truly appreciated everyone making this a great day for our company! 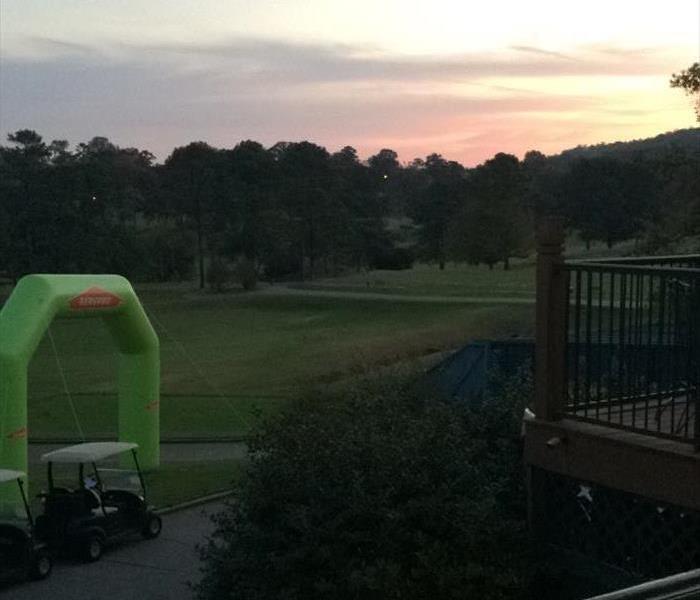 The beautiful sunrise before getting the day started!

Every year SERVPRO of Birmingham hosts a golf tournament showing appreciation to our customers. This year was definitely one for the books, at least leading up to the day anyways. Due to some unexpected events we had to move the originally planned October tournament to November. Luckily, everything fell right into place!

We had a great turn out, the weather was absolutely perfect - it felt like a fall day. (yes, in November.. welcome to Alabama!) Our participants enjoyed the day as we catered to them; we had food, prizes, and 5 holes with challenges to make the game even more fun! A huge shout out to Highland Park Golf Course for helping us make this day go smoothly, you rock!

Since SERVPRO has a partnership with the American Red Cross, all money raised at the tournament was matched and donated to our local chapter. Our team decided that it should go towards their Home Fire Prevention Campaign, which seemed only fitting. Fire Prevention Week was in October and we work closely with local fire departments as we try to promote fire safety.

All in all, the day was successful and we cannot wait until next year to make things even better!!

Also, a huge thank you to our sponsors: Prime Distributors, Sunbelt Rentals, and Sunbelt Paper and Packaging. We appreciate you!

The Building Owners and Managers Association of Alabama (BOMA Alabama) was established with the primary purposes of: (i) to provide a united body representing the commercial real estate community in related issues; (ii) to maintain and increase the level of professionalism in the real estate industry; and (iii) to keep its membership in tune with current issues concerning the real estate market; regulatory and legislative affairs, trends in marketing or specific building maintenance needs.

SERVPRO of Birmingham has provided major sponsorship for BOMA fall golf tournament for many years. And this year may have been the best ever! SERVPRO's customer support staff worked tirelessly behind the scenes to make this a great day of golf the BOMA and its guests alike. We appreciate the relationships we have made over the years through BOMA.

SERVPRO of Birmingham is continually growing! 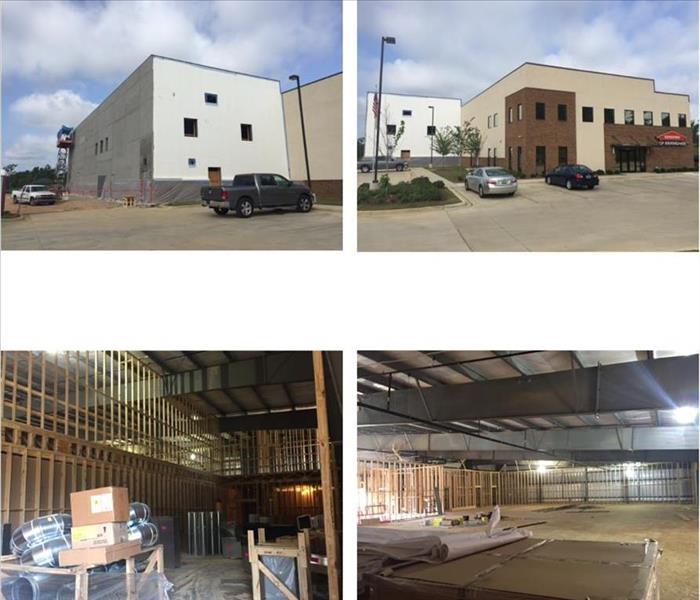 SERVPRO of Birmingham as of July 2016

SERVPRO Industries, Inc. was founded in 1967. SERVPRO of Birmingham has been proud to serve th communities of Jefferson and Shelby counties since 1984. In 2007, we had outgrown our existing facilities, so we had to relocate some of our staff in multiple facilities in the Pelham and Chelsea/Westover areas. In January 2015, we broke ground on a 3-phase building project, designed to bring us all back into one location. Phase one was complete in December 2015, and now we are currently in phase two. We hope to complete this phase sometime in October, with a ribbon cutting in early November. Check out the progress! (See photo)

In the midst of our transition, we have continued providing 24-hour emergency service and we are dedicated to being faster to any-sized disaster in Birmingham. We can respond immediately to your emergency, and have the expertise to handle your cleanup and restoration needs.

Don't hesitate to call us!