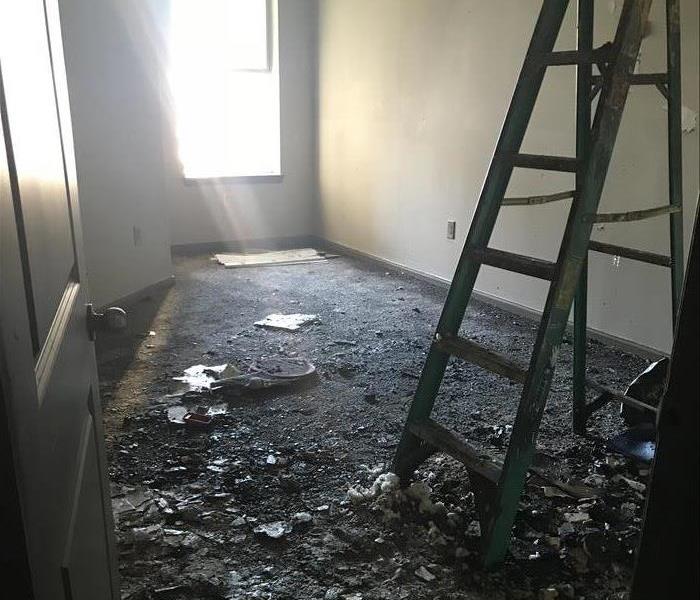 2018 has started off very busy for SERVPRO and locally for SERVPRO of Birmingham. SERVPRO of Birmingham South also transforms into Storm Team Wilson; we were covering a few states north of Alabama that dealt with freezing temperatures, and a lot of busted pipes. We had teams from all over the country come assist these local franchises who were inundated with business.

With these storm events going on outside of Alabama, we also had a freeze event going on right here! SERVPRO of Birmingham South had freezing temperatures and even snow! We were getting calls left and right.

If that wasn't enough, right? A new apartment complex in downtown Birmingham had an electrical fire. This happened in between two floors but there was smoke and soot throughout. Our crews got there and extracted a significant amount of water. They had to remove baseboards, affected drywall and all water damaged and smoke affected carpet tiles from hallway. This is just the beginning. Our team is still actively working on the job.

Our team in Birmingham is able to handle large loss disasters such as this apartment fire. We know these events are unexpected and whether it's your home or business, you want it back in order as soon as possible. Were Here to Help!