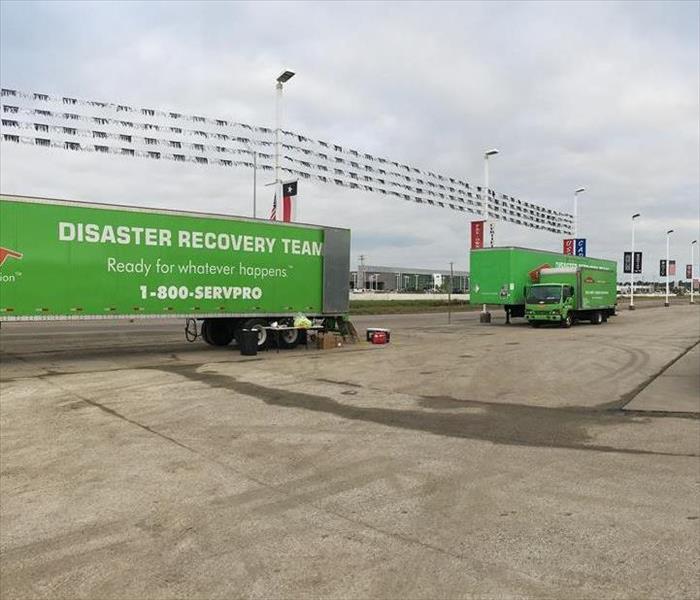 As we mentioned in a previous blog, SERVPRO of Birmingham South has been working long hours over the last few months due to hurricanes. Even though we are a storm team as previously mentioned, we also send crews on site to work for weeks at a time.

One of the commercial properties that we assisted was in Texas, a car dealership to be exact. They had over 30,000 square feet affected due to the hurricane. Most of the contents had to be disposed of or cleaned, flooring had to be removed, and equipment set.

SERVPRO of Birmingham South is able to cover large losses but also those that might not seem so big.